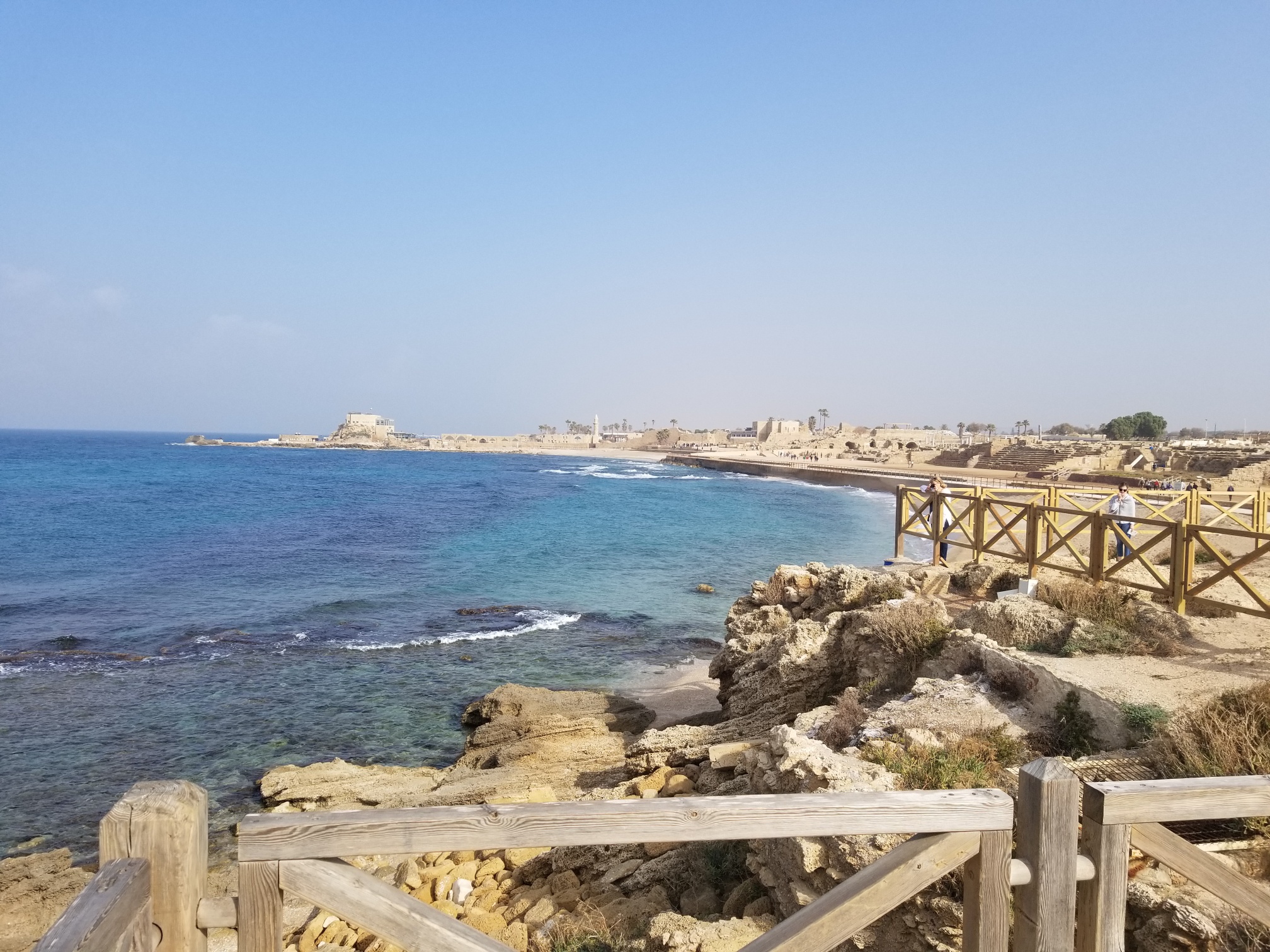 Wikipedia tells us that “The ancient city of Caesarea was built by Herod the Great about 25–13 BCE as a major port. It served as an administrative center of Judaea Province of the Roman Empire”.

The apostle Paul was brought up on charges by the Jewish leaders in Jerusalem but the trial was moved to Caesarea.

23 Then he called two of his centurions and ordered them, “Get ready a detachment of two hundred soldiers, seventy horsemen and two hundred spearmen[a] to go to Caesarea at nine tonight. 24 Provide horses for Paul so that he may be taken safely to Governor Felix.”  25 He wrote a letter as follows:

To His Excellency, Governor Felix:

27 This man was seized by the Jews and they were about to kill him,but I came with my troops and rescued him, for I had learned that he is a Roman citizen. 28 I wanted to know why they were accusing him, so I brought him to their Sanhedrin. 29 I found that the accusation had to do with questions about their law, but there was no charge against him that deserved death or imprisonment. 30 When I was informed of a plot to be carried out against the man, I sent him to you at once. I also ordered his accusers to present to you their case against him.

31 So the soldiers, carrying out their orders, took Paul with them during the night and brought him as far as Antipatris. 32 The next day they let the cavalry go on with him, while they returned to the barracks. 33 When the cavalry arrived in Caesarea, they delivered the letter to the governor and handed Paul over to him. 34 The governor read the letter and asked what province he was from.  Learning that he was from Cilicia, 35 he said, “I will hear your case when your accusers get here.” Then he ordered that Paul be kept under guard in Herod’s palace.